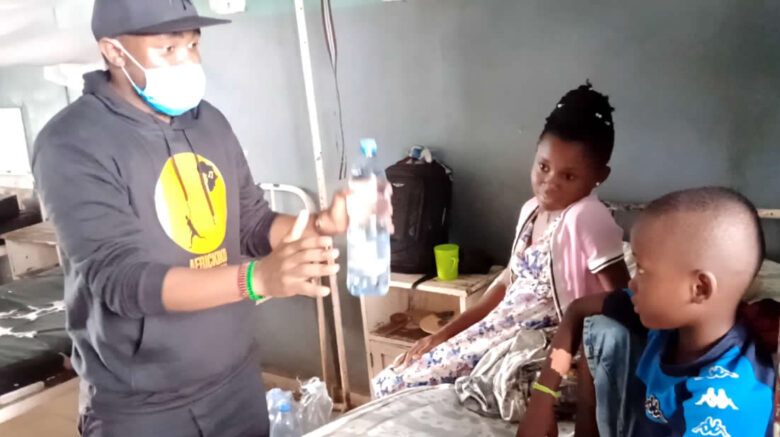 To begin this activity, the first place we started with was the maternity. Here, we realized that the maternity was divided into two; that is the premature ward and the maternity ward itself. Due to the vulnerability of the baby in the premature ward, Blaise was the only person permitted to get into the ward. In this ward, the new mother happened to be dumb. In the same ward, there was another lady who was expecting but was still under observation. Moving on to the main ward, we had 6 new mothers in which  4 had baby girls each and 2 had two baby boys each. Our team enquired about the babies and new mother’s wellbeing and presented them with the gifts we brought. Also, we reminded them about the need to sanitize and wash their hands as well as respect all measures put in place to fight against COVID 19. Our next stop was the kid’s ward where we visited 8 children between the ages of 2 to 14. While sharing what we brought, we asked their caretakers how it has been for them at the hospital. After the above, we proceeded to the accident wards accordingly.

To see the full report of this campaign, click here or visit our gallery for more pictures