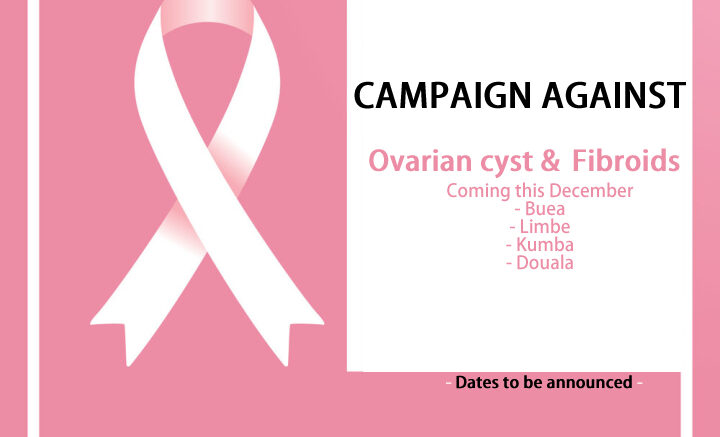 After months of survey, our team discovered that over 35% of women are suffering from ovarian cyst or fibroids. There is little or no awareness giving to young woman about these illnesses, treatment for the mentioned illnesses have 50/50 percent changes and are very expensive. These illness often cause marital issues in where fidelity of the woman is being questioned.

Our team together with a couple of medical doctors and other medical persons have decided to carry out a campaign to orientate you women about the dangers of ovarian cysts and fibroid. This campaign will also have medical doctors conducting tests on participating women and offering subsidies for their treatments.

This campaign has been scheduled for December 2022 in the cities of Douala, Yaounde, Buea, Kumba, Tiko, and Limbe.